From Cavalaire-sur-Mer, 18 km west of Saint-Tropez, to Cap Benat, a small rocky point in the commune of Bormes-les-Mimosas, this part of the Var coastline is simply breathtaking.

At the foot of the first slopes of the Massif des Maures, Cavalaire-sur-Mer is nestled in the heart of a bay that bears its name. Its 4 km of fine sandy beaches offer visitors and residents alike an ideal living environment for family walks and picnics in the mild winter sunshine and lazing around in the summer.

Adjacent to Cavalaire to the west, Le Rayol-Canadel-sur-Mer is a charming little town with an exceptional environment, a veritable bastion of tranquility. To the south, the rocky coastline is made up of headlands, creeks and bays that are home to 4 beaches of great beauty.

Continuing down the coast in the direction of Hyères, the commune of Le Lavandou, a former small fishing port, stretches over more than twelve kilometres with its vast sandy beaches and small creeks. Its natural environment of pines, mimosas, eucalyptus, succulents and palm trees makes it a most pleasant place to live. The luxury real estate sector in Lavandou is dynamic.

Bordering on the west, Bormes-les-Mimosas is clinging to the hillside. With its 12th century heritage, the village is listed among the most beautiful sites in France and is a choice residence for lovers of old stones and history enthusiasts.

Off the coast of Cap Bénat are the Hyères Islands, an archipelago made up of the islands of Porquerolles, Port-Cros, and the Levant Island. More generally called the Golden Islands, they are administratively attached to the city of Hyères. Each of the 3 islands that make up the archipelago has its own unique personality and presents a great variety of Mediterranean landscapes. From the maquis to the fertile and cultivable plains, these islands are veritable gardens in the sea, offering colourful sea beds and exceptional water purity.

A luxury house in Le Lavandou makes you envy? Unless you are dreaming of a property with your feet in the water in Bormes-les-Mimosas? Riviera Boulevard, specialized in luxury real estate Lavandou and on the French Riviera, offers you a selection of choices among the most beautiful properties in this part of the Var coastline. 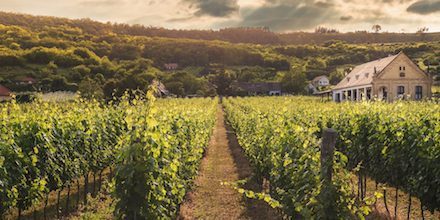 Visit of vineyards in Bormes-les-Mimosas

Push open the door to the cellar of one of the eleven wineries in Bormes-les-Mimosas and flatter your taste buds by tasting top-of-the-range Provencal wines, which benefit from the Mediterranean climate all year round.

An outing to Porquerolles

Departing from Le Lavandou, embark for the Îles d’Or and spend a wonderful day with family or friends. Discover the exceptional fauna and flora of Porquerolles thanks to its 51 km of marked trails. 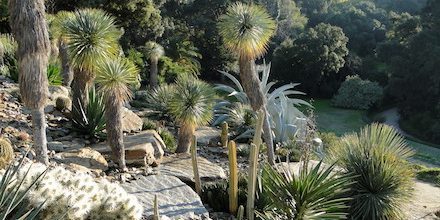 Visit of the Domaine du Rayol

Escape to this 20 hectare protected natural area located at Rayol-Canadel. The Domaine du Rayol, or Garden of the Mediterranean, is an invitation to travel through the Mediterranean landscapes of the world. 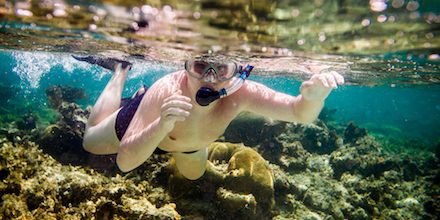 Snorkelling in the creeks of Le Lavandou

Discover underwater life by swimming along the rocks in the small creeks, bathed by the turquoise waters of the Lavandou.

Located between the communes of Bormes-les-Mimosas and Rayol-Canadel, Le Lavandou has many assets. This seaside resort of about 6,000 inhabitants boasts the authentic character of a fishing village and a natural setting with lush vegetation.

Its port offers 1100 moorings to yachting enthusiasts: an asset for sea lovers, who will be delighted by the alternating creeks and sandy stretches of the area. Very lively, Le Lavandou lives all year round in the colours of the South thanks to its Provençal market and the many events that brighten up the life of the town, such as its corso fleuri, a real tradition for the Lavandourains, the festivals of Saint-Jean, Saint-Pierre and Romérage…

The city offers great real estate opportunities, both for the purchase of a main or secondary residence and for seasonal or year-round rentals. The luxury houses in Le Lavandou are very popular, especially those by the sea or close to the beach, such as the beach of Cavalière.

Cavalaire-sur-Mer offers its 7,000 inhabitants numerous cultural and leisure facilities, including a media library, a music and visual arts school, a cinema, and also a certified water sports resort offering several activities such as diving, sailing and jet ski courses, and sea excursions…

Located 40 km from Hyères and less than 20 km from Saint-Tropez, Cavalaire-sur-Mer is served by the TGV from Saint-Raphaël and a motorway link.

The town has a real estate park mainly composed of second homes. There are many recent constructions as well as charming single-storey villas on closed and wooded grounds, a few steps from the beaches.

Rayol-Canadel-sur-Mer is a commune of barely 800 inhabitants that offers a setting conducive to relaxation, the art of living and rest, with a microclimate that brings a very mild winter. The Rayol-Canadel site is magnificently wooded: oak, cork, heather and mimosa forests represent no less than 80% of the commune.

Within this exceptional environment are beautiful Mediterranean properties. Chose for a charming villa with infinity pool and panoramic sea view or for an apartment with immediate access to the beach overlooking the Golden Islands. These properties will guarantee you the sweetest living environment, with the possibility to enjoy the joys of the sea and the calm of this unique natural space.

With 8,000 inhabitants, the medieval village of Bormes-les-Mimosas will delight history buffs. Indeed, the village is rich in monuments from the 12th century, such as the chapel of Saint-François de Paule erected in 1560 or the Castle of the Lords of Fos, classified as a historical monument and offering a magnificent panorama over the bay of Lavandou.

Its flowered alleyways, typical architecture and history are an inexhaustible source of inspiration for the many creators who have settled in the heart of the city. These craftsmen enrich the town with their works, contributing at the same time to its artistic, cultural and economic attractiveness.

Bormes-les-Mimosas, located only 20 minutes from Hyères, combines a habitat that is both coastal (La Favière beach) and village (old town), offering an interesting diversity of properties. Village houses, although rare, are particularly sought-after.

The Îles d’Hyères or Îles d’Or, composed of Porquerolles, Port-Cros and Le Levant, offer an idyllic living environment that promises gentleness and well-being to its residents.

7 km long and 2.5 km wide, Porquerolles is the largest of the three islands. It is also the best known and the most touristic, and it is distinguished by the variety of its landscapes.

The first land and marine national park in Europe, the island of Port-Cros is the smallest of the archipelago but also the most mountainous and wildest.

To the east of the archipelago of the Hyères islands, the Levant island culminates at 140 m and is covered with abundant vegetation, its strawberry trees being among the most beautiful in the whole of Mediterranean Europe.

Properties are particularly sought after in this dream archipelago, and prices are commensurate with the services offered. Riviera Boulevard will accompany you throughout your purchase project in the exceptional area of the Golden Islands.

Located in the commune of Bormes-les-Mimosas, Cap Bénat is a rocky point facing the splendid Hyères islands. This natural and historical place will seduce you with its pine forests, its postcard-like landscape and its typical architecture of the region.

Among the historic residences of Cap Bénat is the Fort de Brégançon, a state residence used as an official holiday resort by the President of the French Republic.

Residential, Cap Bénat has a thriving luxury real estate market. This privileged place to live is the ideal place to find, in the heart of the village or out of sight, a prestigious property.

Between its contemporary residential villas, its typical houses of the South and its old bourgeois residences, Cap Bénat will seduce you for sure.

The beautiful residences of the Côte d'Azur

The Côte d'Azur offers an incomparable diversity of quality places to live. You can find both these magnificent Belle Époque Palace Hotels transformed into luxury condominiums, as Private Mansion divided into apartments, or beautiful or luxurious recent residences made by renowned promoters.

Riviera Boulevard offers you a selection of the most remarkable of them.