The Baie des Anges (Baia dei ange in Nice) stretches from the Promenade des Anglais in Nice to Cap d’Antibes along the communes of Saint-Laurent-du-Var, Cagnes-sur-Mer and Villeneuve-Loubet. The origin of its name goes back to the middle of the 19th century when sailors brought back in numbers in their nets a species of harmless sharks called angel sharks.

At the end of the 20th century, the coastline of the Baie des Anges was profoundly developed in order to promote tourism. It is thus bordered by private beaches and is home to Nice airport, the racecourse of Cagnes-sur-Mer, the marina of Saint-Laurent-du-Var, but also to numerous lodgings, including the Baie des Anges Marina in Villeneuve-Loubet. An emblematic place on the Côte d’Azur, the Baie des Anges inspires filmmakers who borrow its name to title their films, such as La Baie des Anges, by Jacques Demy with Jeanne Moreau and Claude Man (1963), or Marie Baie des Anges, by Manuel Pradal (1997).

The hills, a haven of serenity and freshness

Going inland, the hills of the Middle Country welcome charming villages nestled in greenery. Saint-Paul-de-Vence is a famous example. Considered as one of the most beautiful villages in France, Saint-Paul-de-Vence is a city internationally known for its artists’ studios and galleries. Modern art, contemporary art, singular or naive… the streets of the village are an open-air museum where visitors can enjoy the glittering windows of the galleries.

Just a few kilometres away, the town of Vence offers its 18,000 inhabitants a privileged quality of life, thanks in particular to its geographical location close to Nice and the Sophia-Antipolis technology park. A true guardian of the Provencal art of living and cultural heritage, Vence is home to numerous art galleries and two museums. A source of inspiration for many artists, the town has notably welcomed Henri Matisse who lived for six years in the villa “Le Rêve” and who designed the entire interior of the Rosary Chapel, also known as the “Matisse Chapel”.

Whether your project involves the purchase of an apartment in Vence, a charming villa in an artists’ village such as Saint-Paul-de-Vence or a house on the coast of the Baie des Anges, your Riviera Boulevard Partner, specialized in luxury real estate in Vence brings you all the professionalism and expertise you need.

Observe the stars at the Col de Vence

Let yourself be told about the night sky of the Col de Vence during a stargazing session, and live an unforgettable experience in this breathtaking natural space. 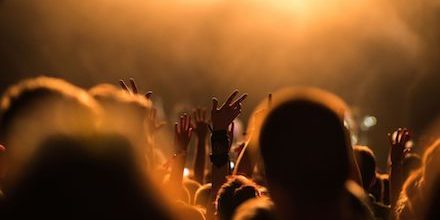 Vibrate to the rhythm of the Nuits du Sud 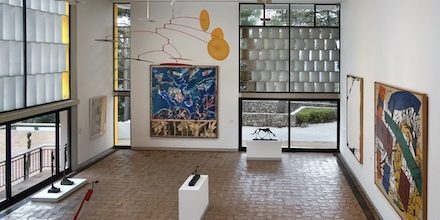 Paying tribute to the artists of the Maeght Foundation

Admire many 20th century works, including those by Chagall, Maeght, Giacometti, Léger, Braque and Miró, at the remarkable Maeght Foundation in Saint-Paul-de-Vence. 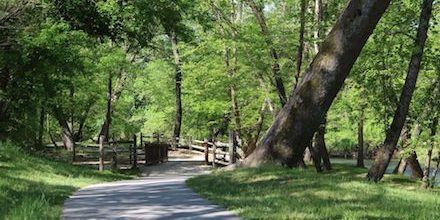 Walking by the Loup

Follow the green banks of the Loup, which rises in the Audibergue massif at an altitude of 1,200 metres near Andon, and flows into the Mediterranean. Continue through the wild gorges for a refreshing walk.

On a human and dynamic scale, Vence offers a very pleasant quality of life. For example, the town has a wide variety of infrastructures such as a conservatory, a media library, a cultural centre, a cinema, a theatre, a swimming pool… Its inhabitants also benefit from numerous local services, shops and restaurants (the town has 5 master restaurateurs and 2 starred chefs).

Although very coveted due to its geographical location close to Nice and the coastal towns, it is nevertheless much more affordable than its famous neighbour, Saint-Paul-de-Vence. Buyers looking for an apartment in Vence will be seduced by the beautiful real estate opportunities offered by the city, as will those looking for a quiet villa on the heights or a village house in the historic centre.

Located 15 minutes from Nice airport and only a few minutes from coastal towns such as Cagnes-sur-Mer and Saint-Laurent-du-Var, Saint-Paul-de-Vence hides many treasures within its ramparts.

Smaller and less densely populated than the neighbouring towns, Saint-Paul-de-Vence is an island of serenity in the heart of extraordinary nature.

Discover the mythical places that make the reputation of this elegant village: its Place du Jeu de Boules, its famous hotel-restaurant La Colombe d’Or, its ramparts and its church.

Popular with buyers looking for a second home in the hinterland of the Côte d’Azur, Saint-Paul-de-Vence has some truly exceptional properties. There are, for example, real bastides of modern times, authentic by their Provençal architecture, as well as luxurious and enjoying all the comforts of today.

The Saint-Paulois landscape is also home to contemporary houses that are perfectly integrated into the décor, playing with the lights, transparency and lush vegetation of the area.

Located between Saint-Laurent-du-Var and Villeneuve-Loubet and only 20 minutes from Nice, Cagnes-sur-Mer benefits from an ideal geographical location. The city benefits from their infrastructure, such as Nice airport only 5 km away, while having many facilities: a business park with a technological vocation (Technopolis), two train stations, schools up to high school, a racecourse, museums …

A green town, Cagnes-sur-Mer enjoys natural areas around the river La Cagne, which runs north-south to the sea. The town is divided between the Haut-de-Cagnes, a peaceful medieval village situated on top of the castle hill, and the Cros-de-Cagnes, a fishermen’s quarter where water sports, beaches and port activities mingle.

This diversity of districts gives the town a rather heterogeneous housing stock. The Haut-de-Cagnes, which has a rather limited property offer, contrasts with the Cros and the seaside where the offer of apartments is more important, due to their location as seaside resorts.

The marina is an integral part of the residential complex of the Marina which also hosts a wide variety of shops and services (supermarket, restaurants, laundries, nautical services…).es

Riviera Boulevard, an expert in this absolutely unique area, guides you to find the right property for all your needs, from the studio with sea and harbour views to the large corner apartment with terrace and private swimming pool.

Both close to the sea and the big cities, Colle-sur-Loup is bordered on the west by the coastal river Loup and is 18 km from Nice, and 25 km from Cannes. An authentic village, Colle-sur-Loup is typical of the Provence of yesteryear. There is a warm atmosphere and a real sweetness of life, the climate is particularly mild.

Located at the gates of the Gorges du Loup, starting point for many hikes and water sports, the town offers its inhabitants wild and preserved landscapes. La Colle-sur-Loup, former capital of the perfume rose, is a place to escape from time and plunge into History.

The village conceals secrets that can be read on the sculpted doors and facades, in the chapels or in the Abbey of Canadel, a former Catholic priory that has now become a prestigious hotel-restaurant.

The beautiful residences of the Côte d'Azur

The Côte d'Azur offers an incomparable diversity of quality places to live. You can find both these magnificent Belle Époque Palace Hotels transformed into luxury condominiums, as Private Mansion divided into apartments, or beautiful or luxurious recent residences made by renowned promoters.

Riviera Boulevard offers you a selection of the most remarkable of them.